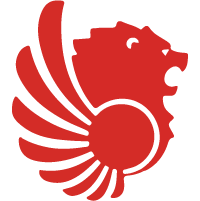 Malindo Air (OD) is a full flight airline flying to domestic & international routes. The cabin baggage allowance given by this airline is 7 kg and maximum dimension of 56 cm x 23 cm x 36 cm (L x W x H). The passengers flying international route with Malindo Air will get free checked baggage allowance of 20 kg, while the domestic flight passengers is provided with 20 kg. Check in time at the airport starts from 180 minutes prior to the scheduled flight departure time. Check in online is possible for flights on Malindo Air official website page. It can be processed 2 days prior to scheduled departure time.

1. Visit Airpaz site, or access the Airpaz application (Android/iOS) on your handphone. 2. Fill in the details in the flight search box. 3. Choose your perfect flight. 4. Fill in the contact detail and passenger information on the booking page. 5. Process payment through the selected payment method. 6. Find your Malindo Air flight e-ticket in the My Booking page, or in your registered email.

The payment for your Malindo Air ticket booking on Airpaz can be made via bank credit card, PayPal, bank transfer, and over the counter methods. For more complete information, visit Airpaz Payment Guide page.

Malindo Air (IATA Code: OD; ICAO Code: MXD) is the result of a cooperation between Malaysia’s National Aerospace and Defence Industries and Indonesia’s Lion Air. Hence, the name Malindo from Malaysia and Indonesia. It operates from Kuala Lumpur International Airport (KLIA) and the Sultan Abdul Aziz Shah Airport (Subang Airport, Subang SkyPark, or LTSAAS). Starting with domestic flights, it is currently operating 40 routes to domestic Malaysian and international destinations, such as Indonesia, Bangladesh, Thailand, Australia, India, Nepal, Sri Lanka, Singapore, and Pakistan. Considering the fact that the airline offers low, competitive fare while also giving premium in-flight services, Malindo Air counts as a hybrid airline. The airline has received, 2 years in a row in 2017 and 2018, APEX Four Star Major Regional Airlines. It also has been awarded as Malaysia Best Employer Brand Awards 2018, TOP Recognition - Malaysia SME® Preferred Airline Partner, CAPA’s 2016 Asia Pacific Regional Airline of the Year and Airline of the Year (Passenger) at the KLIA Awards 2014. Currently, their offices are spread across Malaysia and international flight destination cities such as Kochi, Lahore, Chittagong, Brisbane, Bengaluru, Islamabad, Yangon, and Trivandrum. In Kuala Lumpur, their office address is at the Leval 1, Unit 24 Departure Hall, KL City Air Terminal, KL Sentral Station. Other office addresses can be seen on their official website.

Malindo Air was established as a joint venture in 2012 by the National Aerospace and Defence Industries of Malaysia and Indonesia’s Lion Air which is the reason why it is named Malindo – from Malaysia and Indonesia. Its first flight was in March 22nd 2013, from its base in Kuala Lumpur to Kota Kinabalu, Sabah, Malaysia. From there on, the airline expanded to offering international flights to countries in the region such as Thailand, India, Bangladesh, Sri Lanka, Nepal, Singapore, Australia and Pakistan. Its first international flight was only a few months after its inaugural flight, on 28 August 2013 to Dhaka, Bangladesh. In 2014, the airline announced its new flight route in 2015: Kuala Lumpur to Visakhapatnam, India, making it the only carrier to fly directly there. The same year, it also started a new route from Ipoh to Singapore, followed by Penang to Trichy. An inflight service upgrade was also done with the addition of Malindo WiFi and Malindo Mobile, as an enhancement of the B737-900ER fleet.

For the uniform, Malindo Air combines details from various cultures in the Southeast Asia. The white kebaya top takes inspiration from the Central Java traditional clothing. The long, high-slit purple skirt is a combination of motifs from the Sasak Tribe, and Kain Songket.

Malindo Air provides different aircraft for different routes, where ATR has only one seat class while Boeing serves both Economy and Business classes.

If you have any question for the airline or are facing issues during your flight such as lost baggage or delayed flights, you can directly contact the airline. One of the ways to contact the airline is by sending an email to customer_care@malindoair.com. The Malindo Air customer service call center can be contacted on one of the following phone numbers :

Business class passengers are allowed to bring two (2) pieces of hand luggage weighing at 10kg max and 1 laptop/hand bag on board; Economy class passengers are allowed to bring one (1) hand luggage weighing max 7kg and 1 laptop/hand bag to the cabin. The dimensions for the air luggage are the same: 56 cm x 36 cm x 23 cm (L x W x H).

Information stated above is intended for general guide only, and may be changed by the airline with no prior notification. Contact the airline or read the further information here

Disclaimer: Information stated above is intended for general guide only, and may be changed by the airline with no prior notification. Contact the airline for further information. 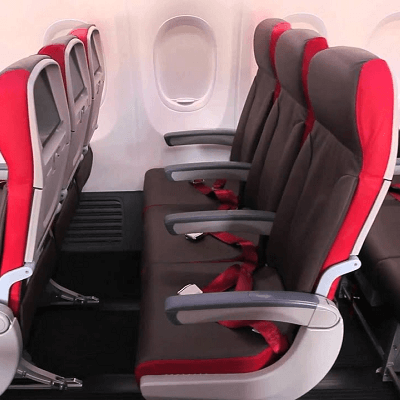 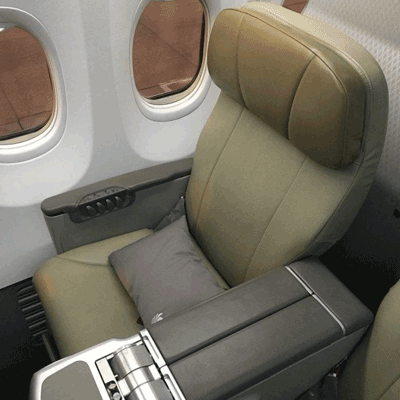 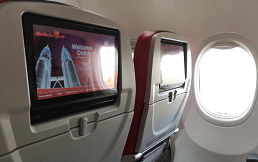 Malindo Air provides services and in-flight entertainment for the passengers during flight on their aircraft, such as movie, games, audio, magazine.

During flights with Malindo Air free snack/beverage is not provided. 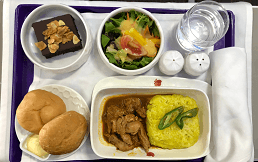 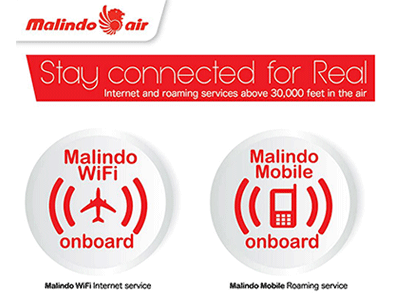 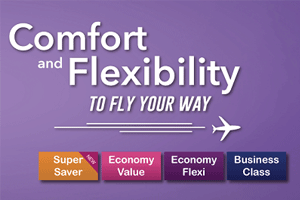 Privilege program is available for the loyal customers of Malindo Air, and further detail on it can be checked here.

Passengers flying with Malindo from the Kuala Lumpur International Airport (KLIA) can check-in using the self check-in kiosk at the airport from 24 hours to 75 minutes before the scheduled departure time.

It is possible for Malindo Air passengers to check in through the airline’s official mobile (Android/iOS) app. To do so, the passengers should download the Malindo Air mobile application on their handphone. The check in time is 48 hours before the flight departure time.

Malindo Air
General Condition of Carriage for Passengers and Baggage of Malindo Air can be read here.

Malindo Air International Fare Rules Disclaimer : The airline may change its policy without any prior notification. To get an update when it happens and for their policy on insurance, flight delay, etc. check the airline’s fare rules page for the airline, here click here.