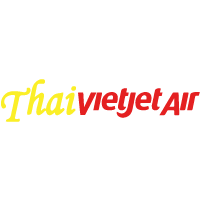 Thai Vietjet Air (VZ) is a low cost carrier airline operating domestic & international routes. The airline gives the passenger with a cabin baggage allowance of 7 kg and maximum dimension of 56 cm × 36 cm × 23 cm (L x W x H). Free checked baggage allowance is not included in the flight Airport check in time at the airport starts from 180 minutes before the scheduled flight departure time. Check in online is allowed for flight with the airline on Thai Vietjet Air official website page. It can be done 1 days prior to departure time.

1. Go to Airpaz.com, or access the Airpaz application (Android/iOS) on your mobile phone. 2. Fill in the details in the flight search box. 3. Choose the best flight. 4. Fill in the contact and passenger details on the booking page. 5. Process payment through the selected payment method. 6. Get your Thai Vietjet Air flight e-itinerary in the My Booking page, or in your registered email.

Payment for your Thai Vietjet Air booking on Airpaz.com can be made via bank bank transfer, PayPal, credit card, and over the counter methods. For more complete information, visit Airpaz.com Payment Guide page.

Thai VietJet Air is a subsidiary of VietJet Air in Thailand, and a joint venture between the Vietnamese carrier (49%) and the Kan Air president Somphong Sooksanguan (51%). However, the ownership was changed when Mr.Sooksanguan sold 40% of his stake to an anonymous investor, leaving him with 10% stake in Thai VietJet Air. The airline was established in 2014, receiving its Air Operator’s Certificate in November that year. Its inaugural flight was a charter flight from Bangkok to Gaya, followed by its routine flight from its hub in Bangkok Suvarnabhumi Airport to Phuket International Airport.

Thai Vietjet has 7 aircraft in its fleet, all of them made by Airbus. The total passenger of the aircraft varies from 180 to 230, depending on the aircraft used for the flight.

If you have inquiries for the airline or are facing difficulties in the airport such as cancelled flights or lost baggage, you can contact the airline. To contact the airline is by sending an email to vz.support@vietjetair.com. The Thai Vietjet Air call center can be contacted on one of the following phone numbers :

Live chat service is not available for passengers of Thai Vietjet Air.

Passengers flying with Thai VietJet Air are allowed to bring two bags to the cabin, one hand luggage and one smaller bag. The dimension of the carry-on luggage should not exceed 56 x 36 x 23cm, while the dimensions of the smaller bag are dependant on the type of the bag: - Handbag/camera bag/children food bag/duty free bag: 30 x 20 x 10cm - Jacket bag: 114 x 60 x 11cm - Laptop bag: 40 x 30 x 10cm

Thai Vietjet Air does not give free checked baggage allowance for the passengers. 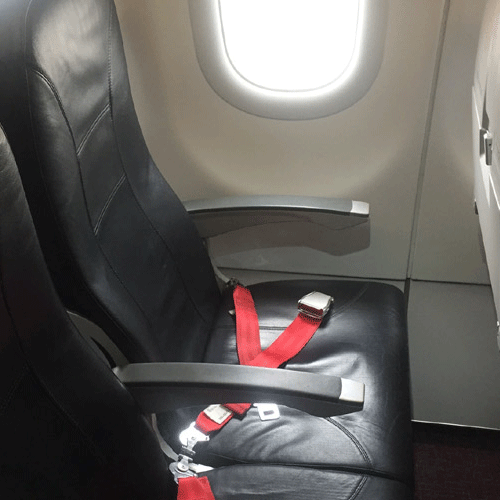 The standard seat size of the Thai Vietjet Air Economy Class fare is 29"-32" seat pitch and 18" seat width. There are various seat selections that the airline offers for the passengers: standard seats, extra legroom seats, and hot seats in the quiet zone. If no seats are booked, the airline will assign a random seat.

Free snack/beverage is not available during flights with Thai Vietjet Air. 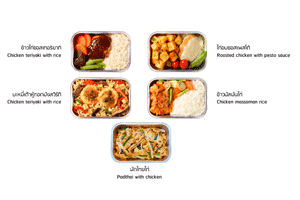 The airline has a food and beverage menu that the passenger that can be pre-ordered before your flight through their website, or be ordered on board according to the availability.

Through the official website of Thai Vietjet Air, passengers can check in online. To do so, click here to go to the airline’s check-in page. Web check-in page can be done 1 days prior to scheduled departure time.

Airport check in can be done in the Thai Vietjet Air check-in counters 180 minutes prior to the departure time. You are advised to check in at least one and a half hours before the check in and baggage drop counter at the airport closes.

Ticket cancellation and refund is not possible with flights with Thai VietJet. However, passengers can reschedule and reroute their flights with additional charge and ticket fare difference between the initial ticket and the new one.