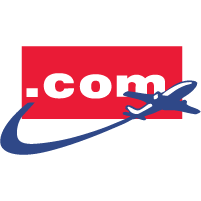 Norwegian Air Shuttle (DY) is a low cost carrier airline operating domestic & international routes. The airline gives the passengers with a cabin baggage allowance of 10 kg and maximum size of 40 cm x 23 cm x 55 cm (L x W x H). Free checked baggage allowance is not included in the flight Airport check in time at the airport starts from 150 minutes prior to the scheduled flight departure time. Check in online is possible for flight with the airline on Norwegian Air Shuttle official website. It can be done 1 days before scheduled departure time.

1. Visit Airpaz site, or open the Airpaz application (Android/iOS) on your gadget. 2. Fill in the details in the flight search box. 3. Choose the best flight. 4. Fill in the contact detail and passenger information on the booking page. 5. Complete your payment through the selected payment method. 6. Receive your Norwegian Air Shuttle flight e-itinerary in the My Booking page, or in your registered email.

The payment for your Norwegian Air Shuttle ticket booking on Airpaz can be processed via bank PayPal, bank transfer, credit card, and over the counter methods. For the complete information, visit Airpaz Payment Guide page.

Norwegian Air Shuttle, trading as Norwegian, is the biggest airline in Norway, and the third largest in the European market behind EasyJet and Ryanair. It operates using the ICAO code NAZ, and IATA code DY. It serves both domestic Scandinavia and Norway, Europe and international routes with destinations such as Copenhagen, Helsinki, London, and the Canary Islands from various airport bases such as London-Gatwick, Oslo-Gardermoen, and Paris-Charles de Gaulle. Norwegian’s head office is located at the Diamanten, Fornebu in Norway. The airline has achieved various awards and achievements, including Best Value for Money by Skyscanner in 2014, and Europe’s Best Low-Cost Airline by Skytrax World Airline Awards in 2016, 2017, and 2018. In 2018, Norwegian was also awarded Four-star Rating by Skytrax.

The airline was founded on January 22 1993, taking over the regional airline services in Western Norway previously done by the Busy Bee for Braathens. Although it started as a subsidiary, it started operating on a contract directly with Braathens after Busy Bee’s bankruptcy. It started operating from Bergen Airport to various destinations such as Flesland and Kvernberget. In 1994, the airline began a service from Bergen to Alesund Airport, and flew 50 flights every day. However, the contract between Norwegian Air Shuttle (NAS) was terminated in 2002, when Scandinavian Airlines System (SAS) purchased Braathens. Since then, NAS started operating as a budget carrier serving domestic routes under the brand name Norwegian. On 24 April 2007, NAS announced that it bought the Swedish low-cost airline FlyNordic from Finnair PLC, making it the biggest low-cost airline in Scandinavia. As a payment, Finnair received 5% share stake in the airline. In 2010, the airline started operating from Oslo-Gardermoen and Stockholm to Helsinki-Vantaa airport. It introduced more domestic routes to destinations in Scandinavia such as Oulu Airport and Rovaniemi Airport on March 2011, and announced nine international destinations on May in the same year. Norwegian announced a new base at London Gatwick airport to open in the spring of 2013 operating new international routes to Spain, Portugal, Italy, France, and Croatia along with flights to Scandinavian cities. The airline expanded its wings to the United States in 2013 as it started serving the Chicago/Rockford International Airport and General Mitchell Airport to Mexico and the Caribbean as a charter airline for Apple Vacations and Funjet Vacations.

If you have inquiry for the airline or are facing difficulties during your flight such as lost baggage or delayed flights, you can directly contact the airline The Norwegian Air Shuttle call center can be contacted on one of the following numbers :

If your carry-on baggage weighs more than the weight or size limit given by the airline, the luggage will be taken to the hold as checked baggage. If you do not have a baggage allowance or the checked-baggage allowance is exceeded, you will be charged an extra cost per item per one way according to the flight type and route taken. If you have checked in two baggage items, you’ll be charged for excess baggage: 11 EUR per kilo, per leg. You can purchase the extra baggage allowance directly on their website, which will also cost less than buying the add baggage allowance directly at the airport. The price depends on the routes, and you can see the cost and baggage policy here Disclaimer: Information stated above is intended for general guide only, and may be changed by the airline with no prior notification. Contact the airline for further information. 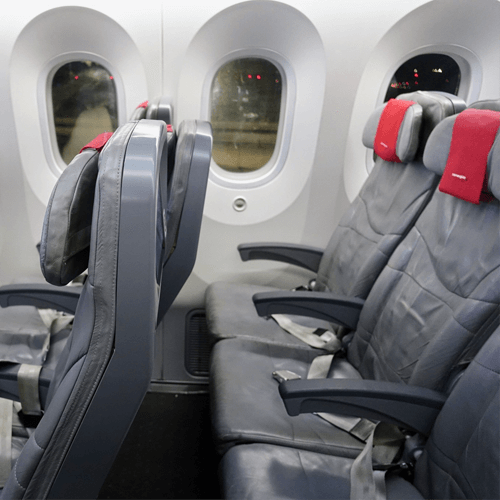 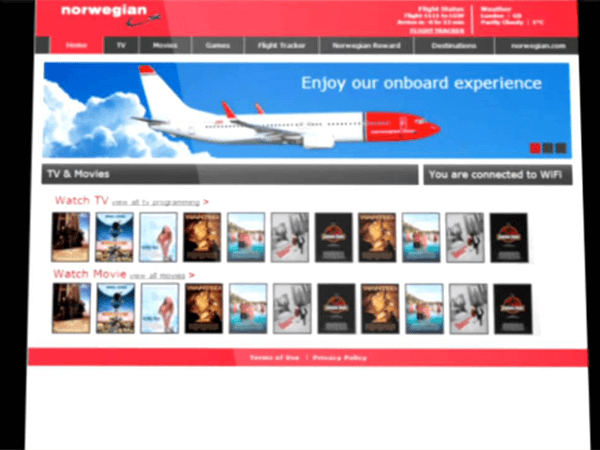 The airline provides various services and facilities that the passengers can use on board of the airplane, such as WiFi, Video on Demand, and even Live TV. To browse their selection of movies and TV series, click here.

If you are travelling on the international long haul destinations, the meal is already included in the ticket fare for passengers who purchased LowFare+, Flex, Premium, and PremiumFlex ticket. 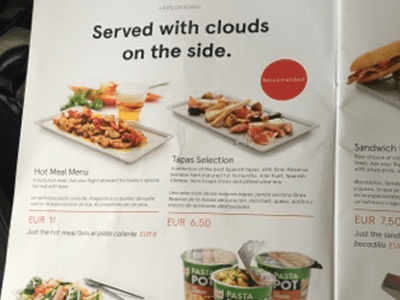 If you need snacks and drinks during the flight, they are available to purchase on most flights. They have a selection of non-alcoholic drinks, alcoholic drinks, snacks, and fresh foods with various price from 2,50 EUR to 14 EUR. You can also pre-order a hot meal up to 72 hours prior to departure between Stockholm and Alicante, Cyprus-Larnaca and Malaca for 8EUR per person. Passengers flying long haul routes with the LowFare ticket can also pre-order their meals for 35EUR. To check the menu and order your meal, go to this page. 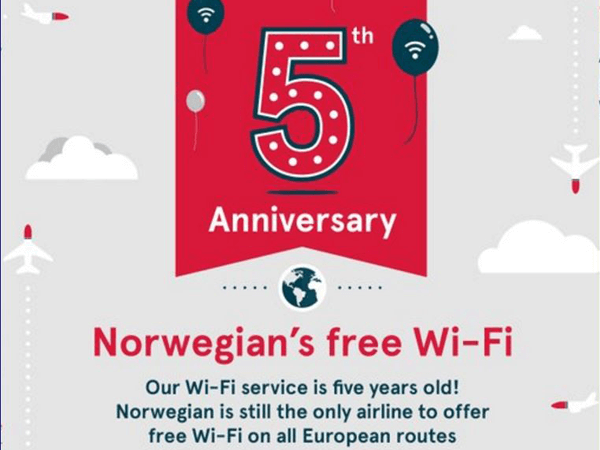 The free WiFi is available on most flights in Europe, Argentina, and flights between the US and the Caribbean. To use the facility, you need to connect using your own device to the WiFi. Once connected to the WiFi, you can also use the Video on Demand service which you can pay for using your credit card. When connected to the WiFi, you will also be able to access the Live TV service. The channels broadcasted on board are Bloomberg Television, TV2 News Channel, and RiksTV. 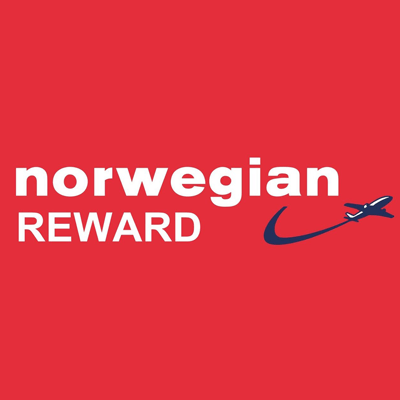 Privilege program is available for the loyal customers of Norwegian Air Shuttle, and more information on it can be checked here.

Another alternative is to go to their My Travels page here and check yourself in on their official site.

However, there are some circumstances where you need to check in directly at the airport. This includes if you need special assistance, or if you travel with weapons, musical instruments, or pets. If you are an unaccompanied minor, you will also have to check in directly at the airport check-in counter. This service operates in specific time which you can see below: Passengers who are travelling with animals, weapons, or musical instruments along with passengers who may need special assistance, or an unaccompanied minor must check-in at the airport counter at least 1 hour before the scheduled departure time.

Norwegian Air Shuttle allows kiosk check-in services for the passengers, which can be accessed at the departure airport according to the availability. For more information on this service, contact the airline. The check in time is 2.5 hours prior to the departure time.

Another option is to install the Norwegian mobile app on your gadget. The app is equipped with a check in feature, where you can just click and have your boarding pass ready.

For the complete complete Conditions of Carriage of Norwegian Air Shuttle, you can click here.

Norwegian Air offers various types of fares. But none of them are named in the more common Economy class, Business class, or First class fares and instead named LowFare, LowFare+, Flex, Premium, and PremiumFlex. Different type of fares are equipped with different types of convenience and comfort, which you can see below. All flights excluding long haul (to/from US, Canada, Thailand, Argentina and Singapore except flights between US/Canada and Caribbean) Flights to/from US, Canada, Thailand, Argentina and Singapore except flights between US/Canada and Caribbean) You can change details of your flight such as the name of passengers, date and time of departure, and destination up to 30 minutes before the scheduled departure time. You can reschedule, and change name or date from their website on this link, calling their Call Center, or at the airport counter. For changes to bookings made by phone and at the airport, there is a service charge of 25€ on top of the change fee. With the airline, you can change flight and change name if necessary, although there may also be extra charges depending on the kind of change you want, and the fare and route that you take. If you decide to cancel your flight ticket, the cancellation policy of Norwegian Air is separated into two: If your flight happened to be delayed or cancelled by the airline, you can claim for compensation. For more information on delayed flights, click here and for the complete info on flight cancellation, click here If your baggage is delayed, click here to read the steps to get your baggage back. If your baggage is damaged during transport, the airline has a guide that you can read here The lost and found counter at the airport can help you find your lost item.