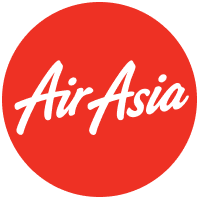 Thai AirAsia X (XJ) is a low cost carrier airline flying to international routes. The airline gives the passengers with a cabin baggage allowance of 7 kg and maximum size of 56 cm X 36 cm X 23 cm (L x W x H). The flight ticket fare does not include free checked baggage allowance. Passengers can start checking in at the airport 180 minutes prior to the flight departure time. Check in online is possible for flights on Thai AirAsia X official website. It can be done 14 days before scheduled departure time.

1. Go to Airpaz site, or access the Airpaz application (Android/iOS) on your gadget. 2. Fill in the details in the flight search box. 3. Choose your perfect flight. 4. Fill in the contact and passenger details on the booking page. 5. Process your payment through the selected method. 6. Find your Thai AirAsia X flight e-ticket in the My Booking page, or in your registered email.

The payment for your Thai AirAsia X booking on Airpaz.com can be processed via bank credit card, bank transfer, PayPal, and over the counter methods. For more complete information, visit Airpaz Payment Guide page.

Thai AirAsia X is a joint venture of Malaysia AirAsia X and Thai AirAsia. It is a medium and long-haul low fare airline, and based in Thailand's Dong Mueang International Airport. It operates under the IATA code XJ and ICAO code TAX. It flies only international routes, and currently flies to 11 airport destinations in Japan, Korea, and China. The airline opened a new route to Brisbane, Australia, on June 25th 2019.

In 2013, Malaysia AirAsia X and Thai AirAsia signed an agreement to establish a medium and long-haul airline as a joint venture, resulting in the founding of Thai AirAsia X. After the establishment of the airline, it was given an Air Operators Certificate from Thailand’s Department of Civil Aviation on February 2014. Not long after, on June 17th, 2014, the airline did their inaugural flight from its hub in Don Mueang Airport to Incheon Airport.

The cabin crews working with Thai AirAsia X wear the same uniforms as other airlines bearing the brand name AirAsia. The female flight attendant wears a white blouse under a red blazer and skirt, while the male flight attendants wear a set of black pants and shirt with a red lining around the collar.

Thai AirAsia X operates using 10 Airbus A330-300 in its fleet. The aircraft has 12 premium class seats (premium flatbed) and 365 standard seats, and can fly up to 377 passengers in one flight.

On this link, you can click on the Live Chat feature to directly be connected to AVA, AirAsia's Customer Service Artificial Intelligence (AI), or click on the links to the airline’s social media pages.

Passengers flying with Thai AirAsia X are provided a cabin baggage allowance included in their ticket fare. The max weight of the luggage is 7 kg, while the max size of the luggage put in the cabin is 56 cm X 36 cm X 23 cm (L x W x H).

The cabin baggage allowance for Thai AirAsia X (XJ) passengers, both in domestic and international routes, are 2 cabin baggages: 1 hand carry luggage for the overhead storage space, and 1 laptop bag/handbag/other type of smaller bag. The hand baggage must not be larger than 56cm x 36cm x 23cm, and the size of the smaller bag must not excess 40cm x 30cm x 10cm. The total weight of both bags brought to the cabin must not be more than 7kg. Passengers are allowed to bring liquid, aerosol, and gels (LAG) items on board the aircraft, as long as the policy and restrictions on the LAG items are followed. Read below for the rules on LAG items: Drinks, perfumes, toothpaste, gels, and creams must be put in a container that has a maximum volume of 100ml, or maximum weight of 100gr. LAG containers larger than 100gr/100ml are not allowed on board, although it is only part-filled. All the LAG containers must be put inside a transparent plastic resealable bag (maximum area 80cm, size eg. 20x20cm or 15x25cm). Each passenger is only allowed to bring maximum 1 litre total of LAG items, in ONE resealable bag. Thai AirAsia operates using Airbus A330-300 which is equipped with three different seats: premium flatbed, hot seat, and standard seat. The standard seats are leather seats with a pitch of 31” and width of 16”, and located all over the plane except for the seats in front of the plane and on the sides of the emergency exits. The Quiet Zone for passengers who want to get extra comfort during their flight uses the standard seats. As for the hot seats, the passengers will be able to enjoy leather seats with a wider legroom of 17.5”. Passengers who purchase the seat will also get to board the plane first. The last seat option is the Premium Flatbed. There are only 12 premium flatbed seats in one airplane, so it may be a challenge to get one of the seats. The seats can be reclined into a full bed when desired. The seats are also equipped with privacy screens, reading light, power port, adjustable head and foot rest, pillow and a duvet. 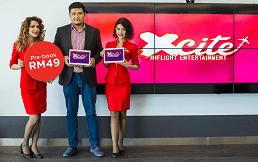 Thai AirAsia X provides services and in-flight entertainment for the passengers while flying on their aircraft, such as movie, music, games, magazine.

During flights with Thai AirAsia X free snack/beverage is not provided. 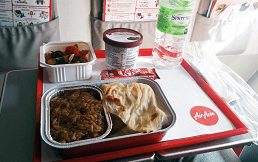 There are various inflight services that you can enjoy on your flight with AirAsia X, including various selection of meals and beverages (included in all types of ticket except LowFare). The inflight food and beverages menu for Thai AirAsia X can be accessed here, and you can pre-book your meals on this page. 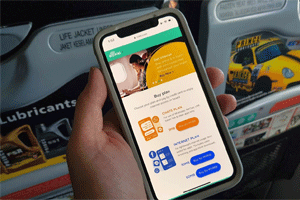 In-flight WiFi is available during flight with Thai AirAsia X. 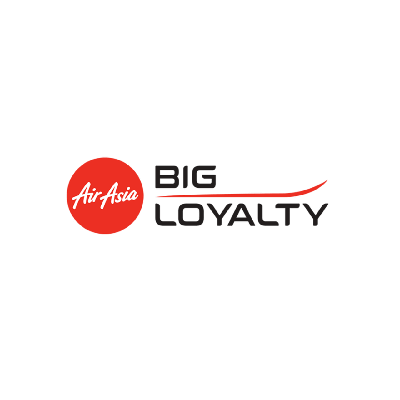 Thai AirAsia X has a privilege program for their loyal customers, and more detail on it can be accessed here.

You can also check in by using the Thai AirAsia mobile app, and check in from the app. However, check in services (mobile app/web check in, and self check-in kiosk) are not available for: 1. Pregnant passengers 2. Passengers flying with infant not older than 8 days 3. Passengers with reduced mobility or requiring special assistance 4. Passengers below 16 years old who is travelling alone 5. Passengers with a medical condition 6. Passengers travelling to or from the United States