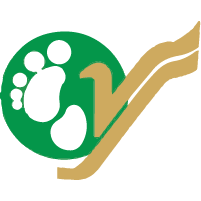 Yeti Airlines (YT) is a low cost carrier airline operating domestic & international routes. The airline provides the passenger with a cabin baggage allowance of 5 kg and maximum size of 11 lbs (L + W + H). The domestic route ticket fare also includes checked baggage allowance of 15 kg. Passenger can check in at the airport 120 minutes before the flight departure time. Online check in is not available.

1. Visit Airpaz website, or access the Airpaz application (Android/iOS) on your mobile phone. 2. Fill in the details in the flight search box. 3. Choose your preferred flight. 4. Fill in the passenger and contact details on the booking page. 5. Process payment through the selected method. 6. Receive your Yeti Airlines flight e-ticket in the My Booking page, or in your registered email.

Payment for your Yeti Airlines booking on Airpaz can be made via bank bank transfer, PayPal, credit card, and over the counter methods. For more complete information, visit Airpaz.com Payment Guide page.

Yeti Airlines operating with IATA (YT) and ICAO (NYT) was established in 1998. The airline is managed by Yeti Airlines Pvt. Ltd.. Throughout the years, Yeti Airlines is committed to satisfy their loyal passengers through the services it provides

Yeti Airlines cabin crew wears a uniform that is dominated by dark green. The design itself was beautifully laid out, making the crew look more dashing.

Yeti Airlines operates using a number of aircrafts, all of which can be seen in the following table:

If you have any question for the airline or are facing issues in the airport such as lost baggage or delayed flights, you can contact the airline. To contact the airline is by sending an email to ecommerce@yetiairlines.com. The Yeti Airlines contact support can be contacted on one of the following numbers :

Live chat service is not available for passengers of Yeti Airlines.

Passengers using the service of Yeti Airlines are provided a cabin baggage allowance included in their flight tickets. The maximum weight of the luggage is 5 kg, while the maximum size of the luggage put in the overhead cabin is 11 lbs (L + W + H).

Passengers cannot do web check-in through the site of Yeti Airlines.

Airport check in can be done in the Yeti Airlines check-in counters 120 minutes prior to the departure time. You are advised to check in at least one and a half hours before the check in and baggage drop counter at the airport closes.

Kiosk check in service is not available for passengers of Yeti Airlines.

App check in service is not available for passengers of Yeti Airlines.